#380695  by In-trepid
September 13th, 2019, 10:05 am
There are a number of posts and advice given on Facebook regarding Amber's transmission issue. There is some back story that precedes this problem that may be of interest. I will try to put the whole story out here so that we can give her better, well informed advice on what to look at and do prior to replacing a transmission. I'm not saying that the transmission isn't the problem, as it may well be and based on the current 0731 error.
Back Story:
Prior to the transmission problems, the car experienced a leaking fuel line issue in the plastic end of the fuel line that connects to the fuel rail. To get to this area to make the repair, you are working in the vicinity of the two large gray plugs and the transmission wiring harness as well as the back of the engine harness that I believe that the transmission harness plugs into. This repair was done just a couple of days prior to the transmission problems developing. Having done work in this area a couple times myself, I have had to unplug the gray plugs to get further access to work on things. Also, based on discussion with Amber, I question the ability of the mechanic who did the fix. He may have caused problems in this area.

At this point it appears that the three Plenum/ throttle body errors are possibly related to the transmission errors, but should be cleared to see if they come back. They also are in the engine harness area toward the back of the harness. It was determined that the transmission Input Speed Sensor would be replaced.

All errors cleared. No transmission errors and no other errors stored. The check engine light is off.

Took car for a drive. Check engine light still off. Checked errors and there is a P0700 and a P0731 Gear Ratio Error in 1st error pending. It is not in limp mode at this time.

Checked transmission fluid with the transmission hot. It is all the way at the bottom of the dipstick. Probably at least a quart and a half low. I advised Amber to get 2 quarts of Mopar ATF+4 and add about half a quart at a time until the level comes up to the hot mark. I also advised her to replace the Output Speed Sensor with the new one she has and to check the wiring and transmission cable plugs to make sure everything looks ok.

Any other input is welcome. 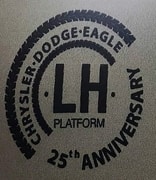 #380698  by Katzchen78
September 13th, 2019, 12:04 pm
I am not sure if the battery was disconnected when he did the repair. It was a chain called Ken Towery's and they insisted this guy is their Master Mechanic. My best tools were in the car at the time and were gone afterwards. I confronted them about it. So I don't think I could go back now and ask and expect an honest answer.
Amber the Awesome

#380700  by Katzchen78
September 13th, 2019, 12:28 pm
Michael Taylor told me to disconnect the battery, now that it has transmission fluid again, since it is a hard fault code. I will erase everything too, just to be sure. Hopefully this will be what caused the problem. It was horribly low. If that is the case my next endeavor is finding the leak..... sigh. I was so proud of myself for getting under there and replacing the input sensor all alone, and that wasn't even the issue. lol. At least it is less scary now.
Amber the Awesome

#380707  by LUNAT1C
September 13th, 2019, 1:56 pm
You've been under it once already. That's the hard part. Second time will much less scary and much more irritating know you were already there. Ask me how I know... (next dash removal will be on the black car... not scary, but it's going to be annoying).

I don't have anything to add to help fix the problem, but I can relate to shoddy mechanic workmanship. When my transaxle was slipping badly 1st-2nd, I had it rebuilt by a local transaxle expert who knows the A606 well, Troy Transmissions, walking distance from what was my office at the time. I won't knock the workmanship of the rebuild itself, but rather the manner in which they removed and reinstalled the trans. After the work was done, I saw dents and gouges in the strut tower/cowl brace that could only have happened if the engine was jacked up too high and rammed into it (directly above throttle body). About four months later, after driving the car from Detroit to Cape Cod and back, to Carlisle and back, and to Kalamazoo and back (2 hour drive one way), CEL lit. Code was for a bad O2 sensor, indicating driver's side downstream sensor. What did I find? Rather than the connector being fastened to the trans, like it should be, it was resting on the exhaust downpipe. The connector had melted most of the way through. I had to replace the sensor itself (NTK!), and had to go to the junkyard and cut out a replacement vehicle harness connector with pigtail from an Intrepid that already had good access. Thankfully replacing the connector only required tickling the locks within it to release the plastic body from the pins. My existing pins in the car just needed to be cleaned up and the replacement plastic connector body installed after the old one crumbled away. Would I still go back? Yes, but now I will ask the technician/master mechanic to inspect the work with me and ensure R&R was done correctly... and yes, I did check the passenger downstream connector to confirm it was not also in danger.
Katzchen78 liked this 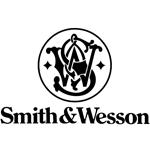 Amber,
Dunno if this will help at this point. But just something to try.
Disconnect the battery, disconnect the 2 large wiring plugs to the trans.
Spray some electronics contact cleaner into the mating points of the plugs
, then work the plugs on-n-off a few times. ( you're basically trying to clean
the contacts inside of the plugs ).
Use compressed air to blow everything dry of the contact cleaner.
Then apply some DIELECTRIC GREASE to the plugs before you connect em
back together.

HOPEFULLY when this " mechanic " played with the transmission plugs
he disturbed the connection between the 2 plugs.

A few years ago The EVIL Sickness started doing all sorts of weird things
that seemed to be electrical / electronic related ( flickering lights, all sorts of codes,
gas guage switching from full to empty with every little bump in the road, radio
re-booting etc. I cleaned and greased every fuse and wiring plug I could get to
and checked that the battery cables, terminals and posts were clean ( they were )
and ALL strange behavior diss-appeared.
Hopefully you will get lucky.

AS for your stolen tools. if they wont give em back. I would be standing in front of there
driveway entrance whenever possible w/ a sign warning customers that this shop will steal your
valuables out of your car !

This is why I NEVER let any mechanic do ANYTHING to my car without me watching over them.
Seriously , Last time I had a shop replace a tire I was never more than 6 feet from it.
And I wouldn't let them install it back on the car.

Its a pain, but nowadays you have no choice !
Katzchen78 liked this

Brian that sounds like a really good idea. I am hoping it works. I don't want to have to take it in for a new transmission!!! Thank you!!!
Amber the Awesome