I have been around the LH block enough times to know that these codes usually mean it is time for a valve body and solenoid pack - or one or the other, but once I am in there I have always just done both.

I ordered the valve body and solenoid pack from my usual sources and on Saturday morning Jimmy and I drove out to my mom's where the car was located to do the job.

Other than the fact that I couldn't use the garage because my mom was having work done to her house, it was a beautiful day for the job, even in the driveway.

I pulled the pan, took a bath in transmission fluid, then pulled the old valve body, after putting the car in autostick.
I installed the shift solenoid, shift rod and comb assembly onto the new one. I noted that the comb and shifter assembly moved up and down a bit even when the bolt was seated all the way, but I couldn't remember whether this was actually a problem.
I then proceeded to start buttoning the car back up. I hung the valve body by a couple of bolts loosely tightened, hooked up the shift cable, etc.
Before I went any further I had Jimmy check to confirm the car would go through the gears (with the battery disconnected), as I have installed them wrong in the past, with the shifter set in the wrong position relative to where it should be. The shifter mechanism worked fine.
Then I tightened all bolts up, powered the car back up (I did not start it), and had Jimmy go through the gears again. The shifter would not move. The car proceeded to get stuck in Reverse on the cluster.

I assumed I'd assembled it wrong. I took it all back apart, checked assembly of comb and rod, reset the shifter into the right position (autostick is usually where I've set it in the past), then reinstalled, with the bolts loosely holding the valve body.
The car would go through the gears no problem like this.
Then I tightened all bolts, powered the car up, and had Jimmy check again. He reported no movement, shifter stuck in reverse.
I proceeded to do this three or four more times, switching back and forth with where the shifter rod/comb was twisted (sometimes in autostick, sometimes in drive, sometimes in neutral), until it got dark and hit somewhere around 38 degrees.
Then I couldn't take it anymore, gave up, and went home, hoping to post here and get advice and take another crack at it next weekend.

I have done six of these installs with only minor issues, though at least three of them were with Keith working with me to point out when I was being an idiot, so that could be the missing variable.

Does anyone know what would cause my problem of where the shifter will go through the gears when loosely installed and then not when all valve body bolts are tightened?
What if anything is supposed to be done with the parking "rod"? I seem to remember just letting it float "loosely" in the past and that working fine. Maybe this is my problem.
Where is the consensus setting of the shifter rod assembly to get a valve body into the car with no issues? Is there one?

I appreciate anything anyone can offer!
cin993, First Lady liked this
2017-2022 Club Vice President.

But next time if you call Keith, I'm sure he'll don his Carlisle costume and give you some moral support.
Sneke_Eyez, First Lady, TrepKing95 liked this

Hopefully with hints from our mechanic gurus, you'll figure it out and have another car to add to your fleet.

Every Day's a New Adventure! 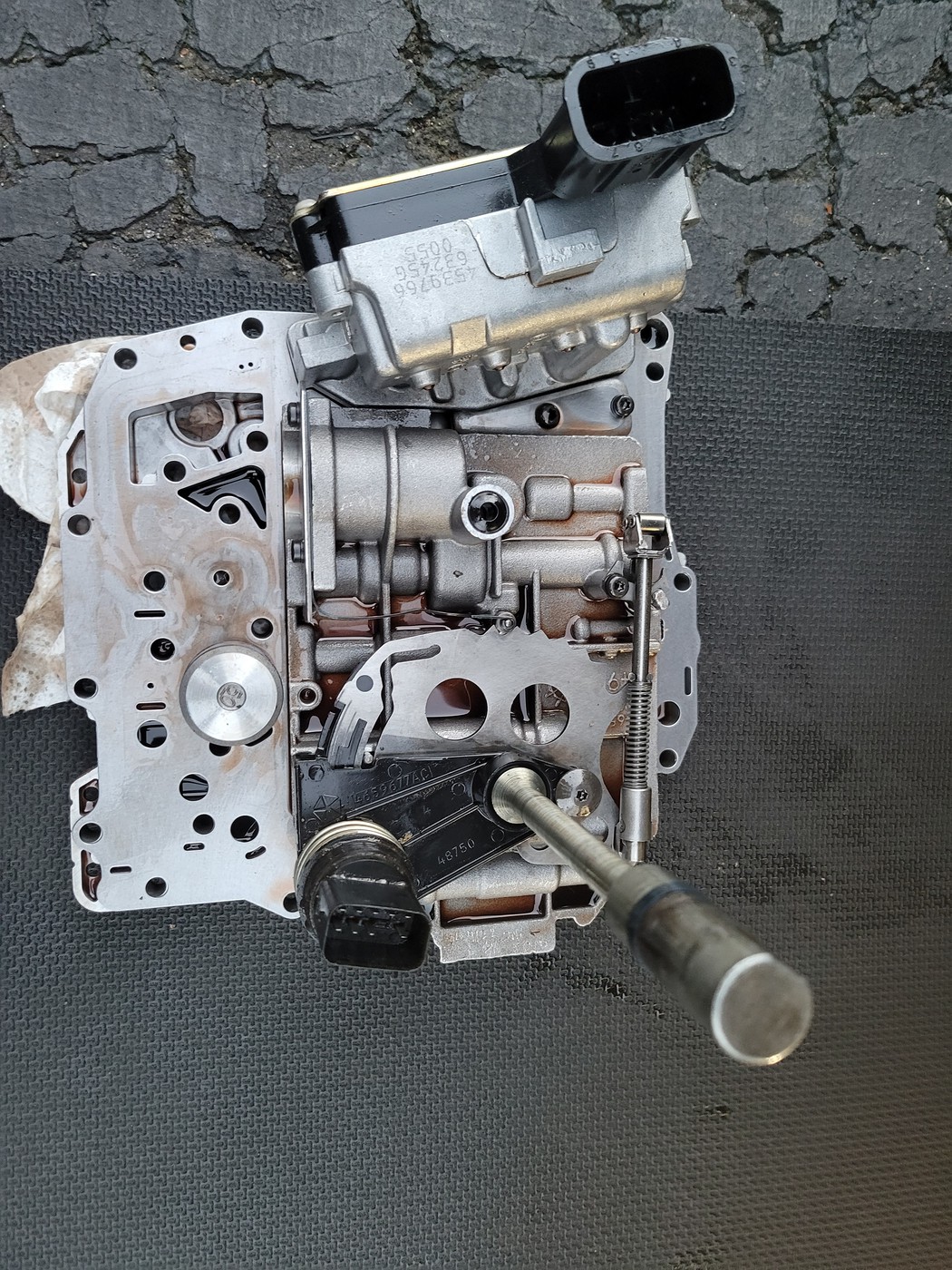 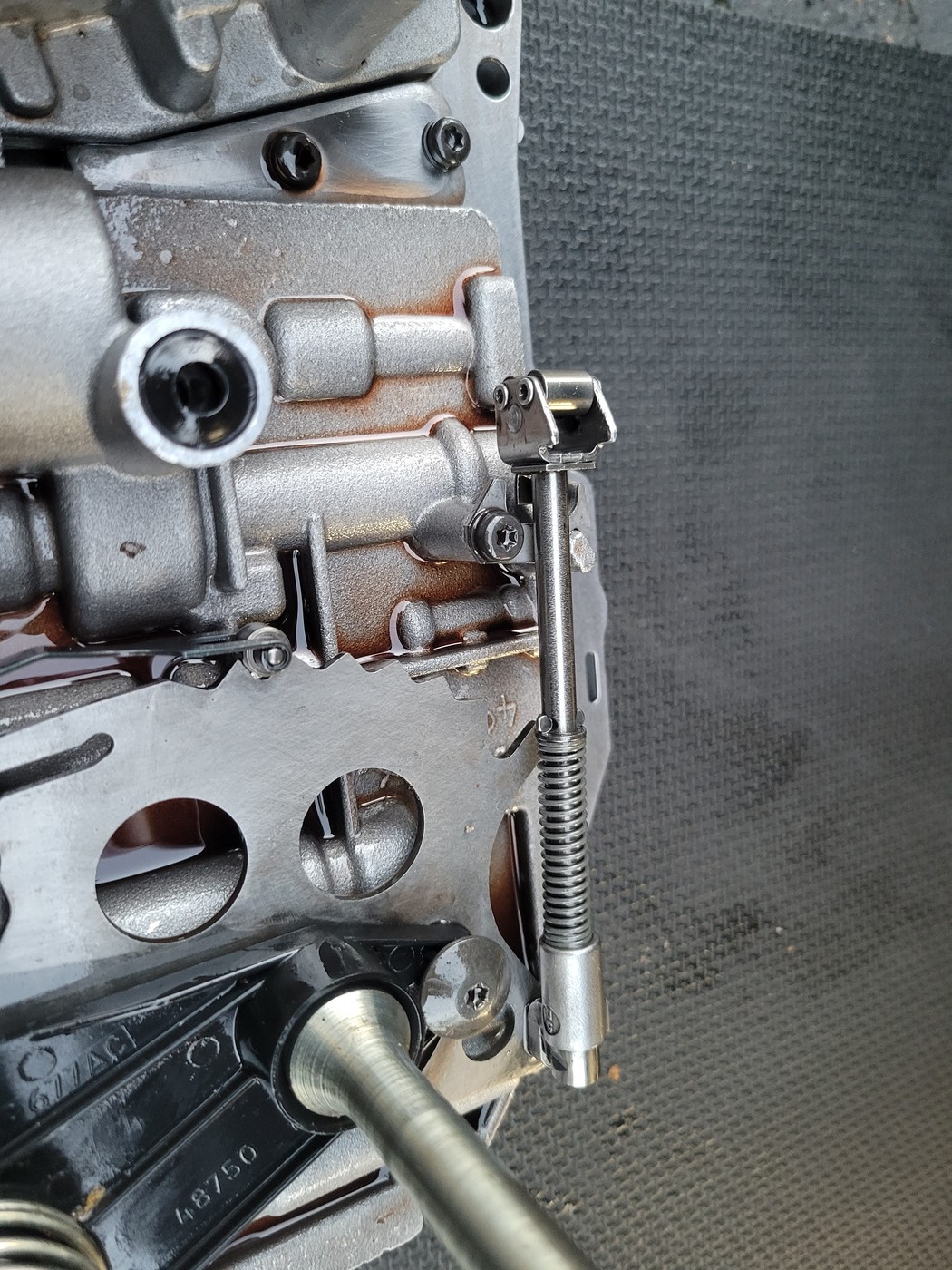 The car needs a few small things, but after the correct amount of fluid was added (Thanks Bob!), it seems to be shifting and driving ok!
Now to get it home, fix the small things, and put her up for sale!
EasyRider300M, cin993, First Lady liked this
2017-2022 Club Vice President.

Did you also use RTV on the tranny pan like from factory or use a gasket?
Still having trouble searching a valve body...hopefully don't need one

To be labeled ATF+4 the product needs to meet certain specifications set by Mopar, otherwise it cannot be labeled as such. You can consider it just as good as the Mopar labeled fluid.
cin993 liked this

FIREM wrote: ↑November 15th, 2022, 2:20 pm As long as it is rated ATF + 4 you are good to go. I got mine at Walmart due to cost. (240k and no trans issues other than solenoid)
I personally use the “rubberized” gasket supplied with the filter and NO RTV. Run bolts up to touch + about 1/4 turn. Clean, dry, scuffed surfaces with Scotchbrite. No leaks ever, future changes easy peazy.

Kool, i'll try the gasket . thanks

#392285  by Sneke_Eyez
November 16th, 2022, 11:07 am
I used Valvoline for this change only because Walmart didn't have any of their SuperTech ATF+4, which is what I usually use.
I have used both the gasket and RTV in the past on the pan, but this time I used the gasket. No issues thus far.

Valve body came from World Wide Specialty Parts on Ebay. They are who I have used for every valve body I've ever done in one of these cars. Nothing but success thus far.
2017-2022 Club Vice President.

FIREM wrote: ↑November 15th, 2022, 2:20 pm As long as it is rated ATF + 4 you are good to go. I got mine at Walmart due to cost. (240k and no trans issues other than solenoid)
I personally use the “rubberized” gasket supplied with the filter and NO RTV. Run bolts up to touch + about 1/4 turn. Clean, dry, scuffed surfaces with Scotchbrite. No leaks ever, future changes easy peazy.

Kool, i'll try the gasket . thanks

Job done. It was in the 50's yesterday (Sat) so I dropped the tranny pan for a fluid/filter change.

I was surprised there was a pan gasket there already. And the tranny filter was aftermarket also. So a tranny service was done at around 100k before I bought the car. that's great to know.

I saw a little RTV residue on the edge of the pan and some bolts which is factory.

Drained 5 quarts and replaced. Added the Mopar filter and new gasket with some cleaning. Pretty easy, not too messy with a large bucket under the pan. And no leaks. thx!
Sneke_Eyez liked this