What did you do to your car today?

General Discussions about the 300M 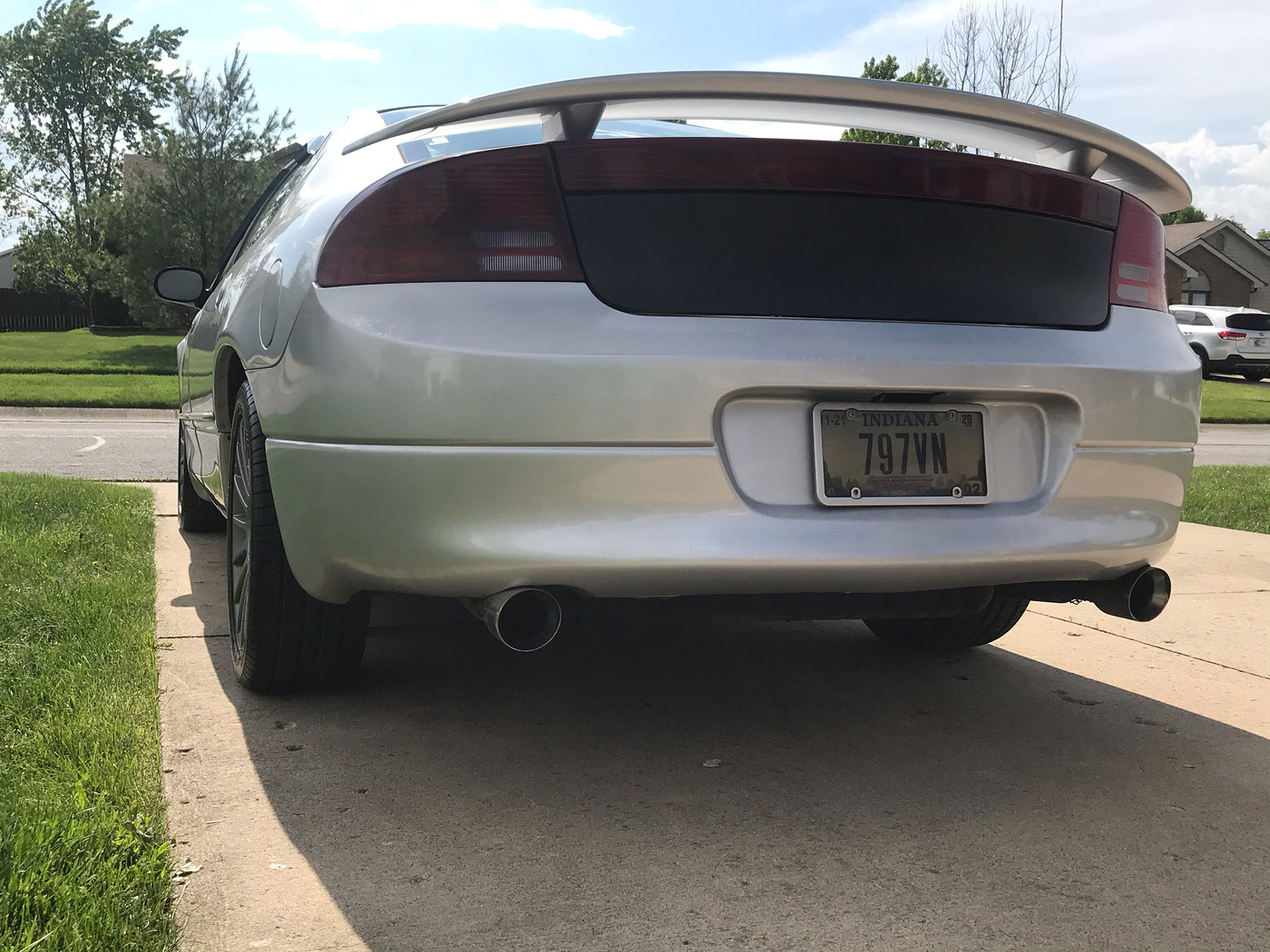 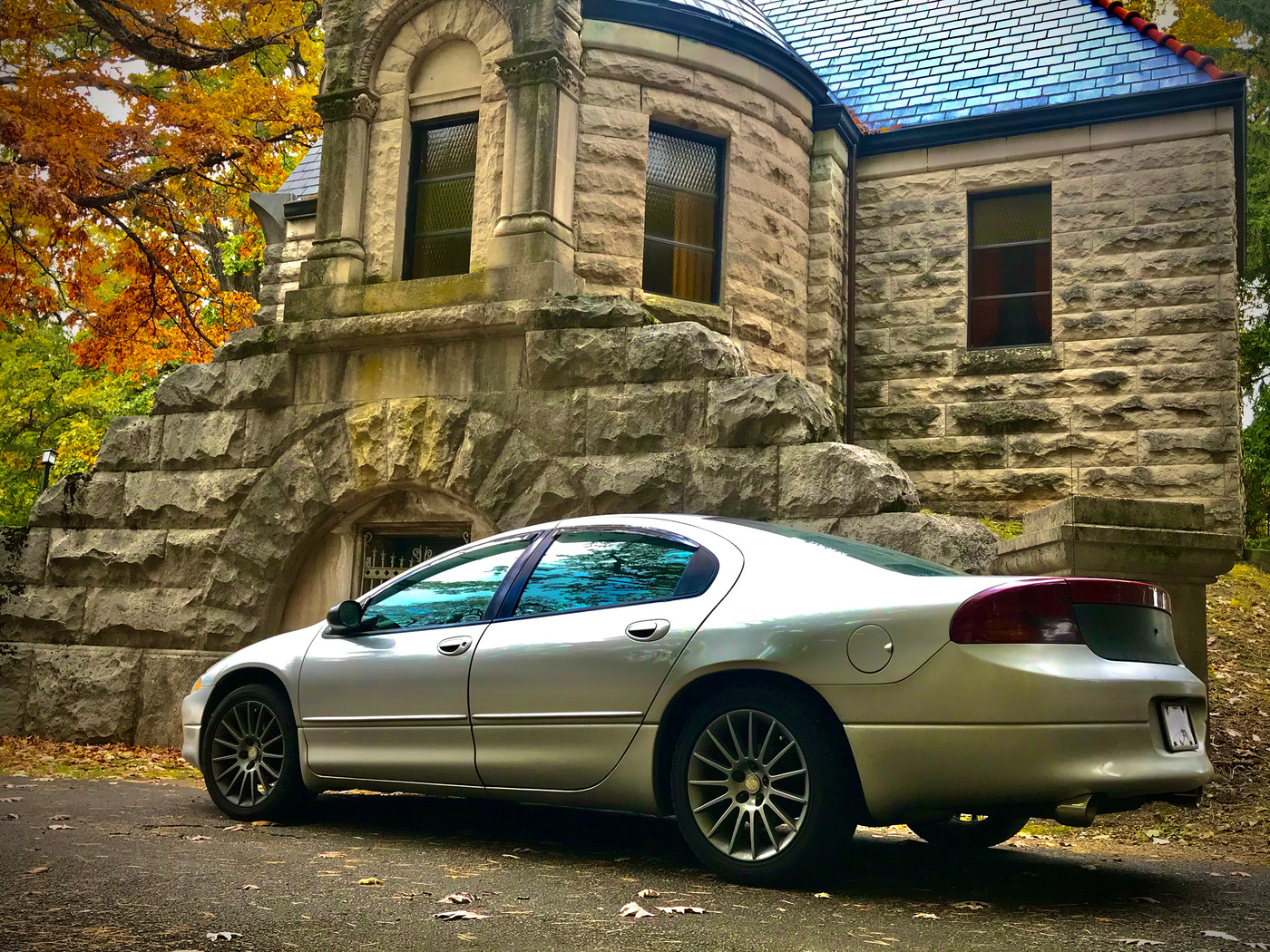 KxWarrior wrote: ↑May 19th, 2020, 6:31 am Just found my purge solenoid all busted up on the Intrepid. Another thing on the list of making her roadworthy

What is involved in replacing a purge solenoid?

My apologies on not answering sooner! Been tied up. Work and house stuff has my schedule out of whack.


As for what’s entailed, removing it and installing it. It’s the one by the battery tucked in nice and neat. I’ll throw a photo here when I finish it
EasyRider300M liked this 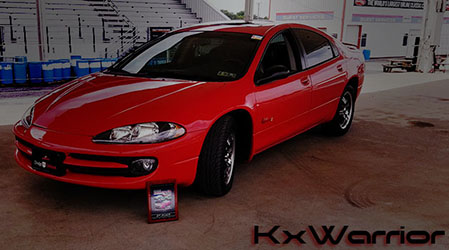 #384319  by KxWarrior
May 27th, 2020, 4:24 pm
Basically you remove the air box/filter. And you can move the positive junction box if necessary. One clip for the electrical connection, one for the actual solenoid.
Pictured is the old one. And the cause for my evap leak
You do not have the required permissions to view the files attached to this post.
EasyRider300M liked this

well, I dug into it. I was driving home and I noticed that the noise wouldn't happen if I lightly pressed on the brake pedal. So, I assumed it was with the rear brakes.

I took the rear wheel off and started looking. I disassembled the rear caliper from the bracket, removed the rotor to inspect the dust shield and e-brake shoes, and found the potential cause. The rear inner brake pad was moving around within the caliper/bracket. The fingers that hold the pad into the caliper piston were there, but they were badly bent in. That and the pad itself was worn where it rides on the bracket/knuckle. All of this was causing a racket while hitting bumps. I could bang on the side of the strut with the side of my fist and hear it rattle pretty bad.

I saved the rear pads off the green car since they were like brand new, so I installed them into the rear brakes on the Intrepid. Everything was reassembled and I did the "Kick Test" to the rear tire and no rattle was heard. I will update after my drive tomorrow to see if it is better.
2016-2020 Club Secretary- secretary@300mclub.org
Board of Directors since 2015
99 300m PHP "SPECIAL" PG8, Rest IN Peace,
2004 Dodge Intrepid -Working on making it better
President's Award Winner ~Carlisle 2015
Most Custom Award- Indy 2016
September 2016 Ride of the Month
September 2018 Ride of the Month
2018 Ride of the Year

#384380  by dcsally97
May 31st, 2020, 4:26 pm
What kept me from doing to my car this weekend. What started out as replacing 7 rotten boards, ended up basically rebuilding the deck. So much for treated lumber, right? All new joists and new decking boards. The old deck was 2x6 boards, this one is 5/4 boards. I am feeling the pain, so I will take the day off work tomorrow. That will allow me to work at a slower pace to screw the boards down tomorrow. Fortunately, it has been a very nice weekend weatherwise. It was, however, a PITA!!! Glad there are 6 of us to help lighten the load a little. 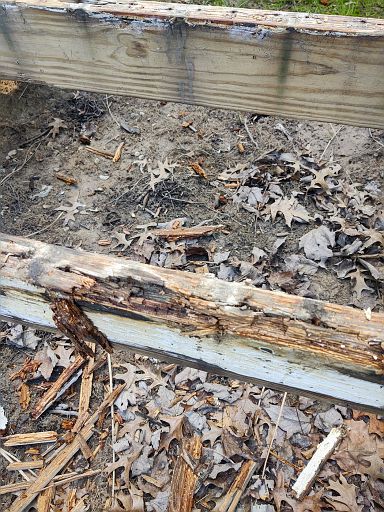 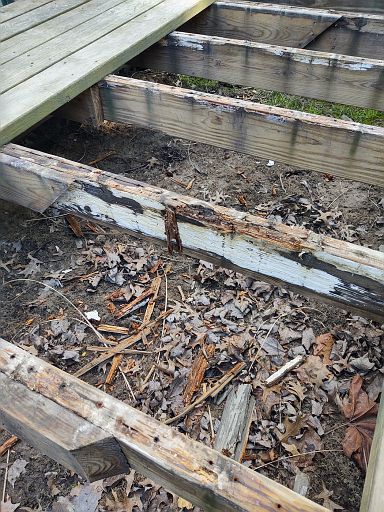 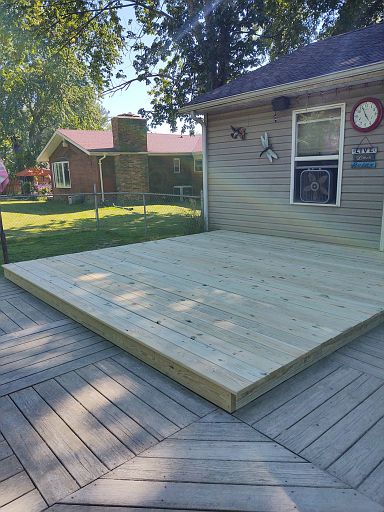 #384464  by In-trepid
June 8th, 2020, 10:01 am
The Special has had some clunking going on with the rear suspension. I thought it was sway bar end links and rear sway bar bushings, so I ordered the parts. After having them sit around for what seems like forever, I was going to install them yesterday. To my surprise, I found this upon further inspection. 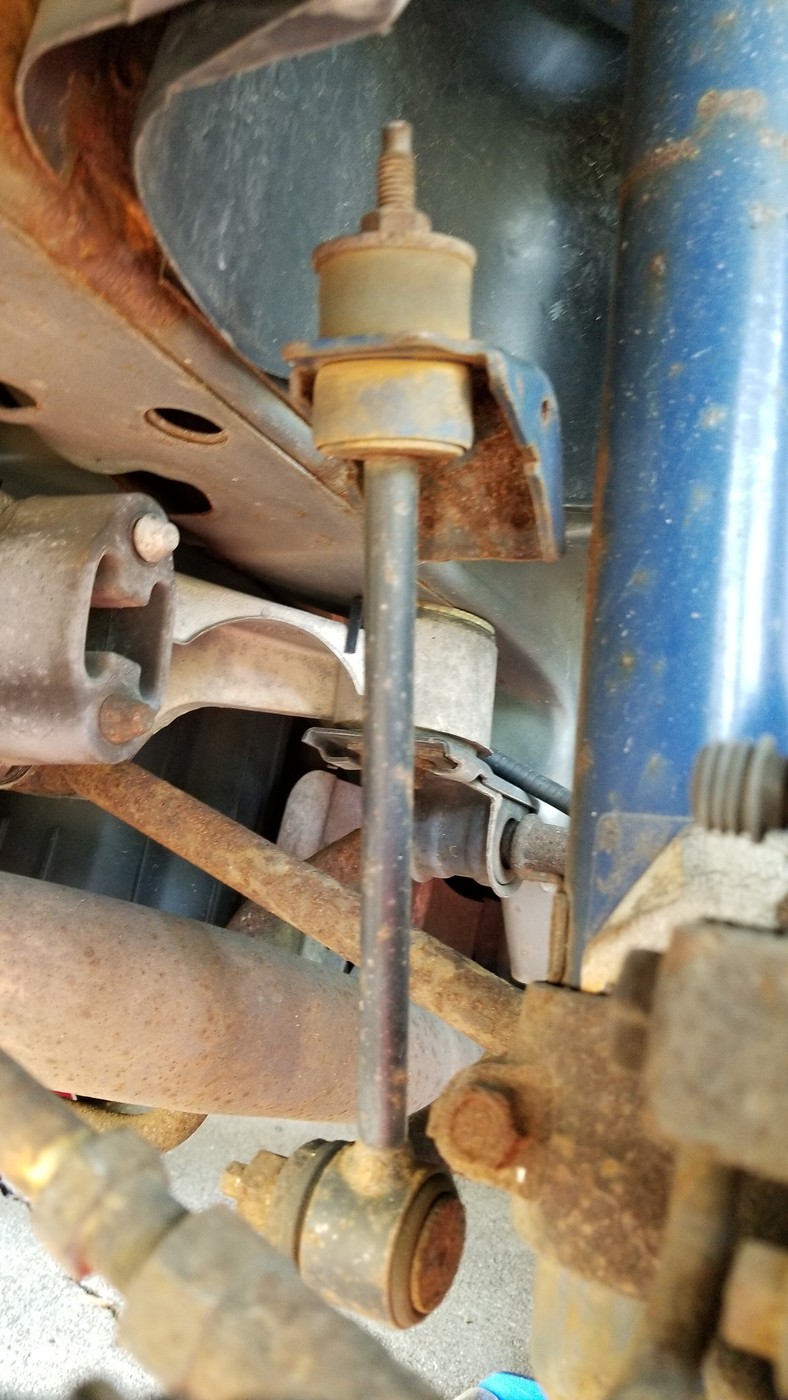 So, I ordered some new KYB quick struts for the rear and decided instead to wash the car. Just wash, no polish or wax at this time. It still beaded water pretty well and looks as good as ever. Final prep will happen the couple of weeks before Carlisle. Struts will probably happen this weekend if they arrive on time. Curious, that strut appears to be aftermarket. Which brand is it and how much time/many miles/many winters has it seen?

#384497  by Sneke_Eyez
June 11th, 2020, 10:18 am
So I've been driving my Special back and forth to work for over a week now and there's a couple of items I need to address if the car is going to Carlisle.
Seems like Carlisle always marks a time when I need to work on my Special, even though the car itself has changed since last year.

Couple of relatively easy items ahead of me though, I think:
1) Figure out where the car is leaking water from, pull the carpet and fumigate it to get rid of the musty odor.
2) Tighten the (almost new) front swaybar endlinks and check all front end components (getting a minor knocking under certain circumstances).
3) Check the ball joint shield to determine if it is rubbing on the rotor (getting a squeal under certain circumstances over the last 2 days).
4) See what I can do about the hanging headliner at the moonroof.
5) Swap the dash?
6) Generally clean the car as it is totally filthy.

The car won't be anywhere near where I want it to be for Carlisle. We'll see if I can get the dash swap done or if it comes with a crack.
I have a new cladding color for the car waiting in gallons, but I don't think I can make the time prior to the show to get it done.
I also had intended to get a new hood and roof spoiler painted and on the car prior to the show, both of which I have.
But none of that is going to happen what with buying a house 2 weeks ago. That's OK with me - I'm happy I have the house.

So, the Special will come (driven by Bobby) with two different colors of cladding, but it should at least be clean and otherwise happy.

The Intrepid, meanwhile, needs to be inspected and needs a center resonator added to the exhaust to reduce the drone.
I stupidly had the center resonator removed late last year due to rot in the OEM resonator. The shop did not want to put a new resonator on it as they said it would rot out, but the new exhaust sound, while plenty loud and throaty, leaves a lot to be desired in my opinion versus what it sounded like with just the center resonator and Flowmaster 80.
I need to get that done prior to Carlisle as I do not want to drive all the way to the show with the exhaust droning away.
2017-2020 Club Vice President. || Carlisle 2019 Best Exterior! Thank you!

It is, in fact, rubbing on the rotor, just barely, as they do.
I tried to bend it back, but it is so solid because the car is so rust free that I couldn't get it to budge.
This is a good problem, but a funny one to me because my last Special had shields that had thinned with rust - I could bend them by hand.
I will need to take the wheel off tonight or tomorrow and bend it back. This morning I was squealing away.
2017-2020 Club Vice President. || Carlisle 2019 Best Exterior! Thank you!

#384516  by Sneke_Eyez
June 12th, 2020, 9:47 am
When I pulled into the parking garage this morning and heard that now familiar squeal I've had for the last 4 days, I was chuckling to myself.
I once bent the shield on my old Special in that same parking garage back by hand before leaving the garage one night after getting the squeal that morning.
I couldn't get this one to bend back in my own driveway with 15 minutes of pushing on it with a screwdriver and pry tool...
2017-2020 Club Vice President. || Carlisle 2019 Best Exterior! Thank you!

#384519  by KxWarrior
June 12th, 2020, 9:45 pm
Been chasing an electrical gremlin in the RT. Figured out it was the phase morpher (makes no sense. Wired it to my headlight switch)...so now I have to drive it some to set the parameters to pass it for inspection so I start driving it again. Itll be weird going from the big boat Charger ive grown accustomed to down to the intrepid again