Yes some people clean their engine, some don't. You know who you are.

brando26 wrote:Just to clarify, do you mean the transmission shifts harder, or do you mean it is harder to move the gear shift into place? If it is the second, what Bill said is a valid point. If it is the first, I would wait it out and let the computer do its learning process. After disconnecting the negative cable for a while the computer resets and has to relearn your driving style and reset its shift points.
The K&N intake will create some degree of effect on take off and might make it shift harder when you get on it.
I would replace the spark plugs with some NGK laser platinums since your previous plugs were well.. saturated with the one thing spark plugs shouldnt be saturated with.. water. While you have them out, look in the spark plug boot of the coil pack and see if they are corroded at all to rule that out.

Yes it's hard to shift it into gear with the gear shift. I don't see how washing my engine has created all these faulty issues. It was suppose to be safe to clean the engine.

Anyhow, here is my update for today's driving. It is still very hard to put the car into gear using the gear shifter. The car runs poorly, sputtering and idles very rough.

I was going to get Bosch platinum 4's but will now consider NGK laser platinums. Can you tell me why you would go with those over the platinum 4's from Bosch?


Bill Putney wrote:On the stiff shifting, I do know that the problems with the earlier year shifter cables was definitely water/corrosion related. You may have the earlier design cable, which lets water in. Once it gets corroded, the presence of water in it would certainly make it tighten up. I think for that you need a new cable - corrosion doesn't tend to get better, even if it dries out. If it does, then I would think the improvement would only be temporary until it grows some more.

How would water get in the cable from just washing the engine? Do you recommend I buy one at autozone or the dealer?

#223549  by Brando26
April 16th, 2010, 8:16 pm
because 300m specials come with NGK's. Been using em for years now. Love em. I've heard of electrodes breaking off the +4's and would hate for that to happen inside your engine.
-Brando26
"No paper or delivery persons were harmed in the making and posting of this message, though a significant number of electrons were inconvenienced."
http://www.cardomain.com/ride/3222801

#223551  by FIREM
April 16th, 2010, 8:29 pm
Shift cables have a tendancy for the outer covering to crack in the area below the brake booster. Moisture gets in, cable corrodes, rest is history.
Check all vacuum hoses and connections carefully. I have knocked off and cracked a few during engine washing over the years.
Contact cleaner and dielectric grease on the coil pac tubes to eliminate spark loss may also help....
Member #437 FIREM 235235+ miles 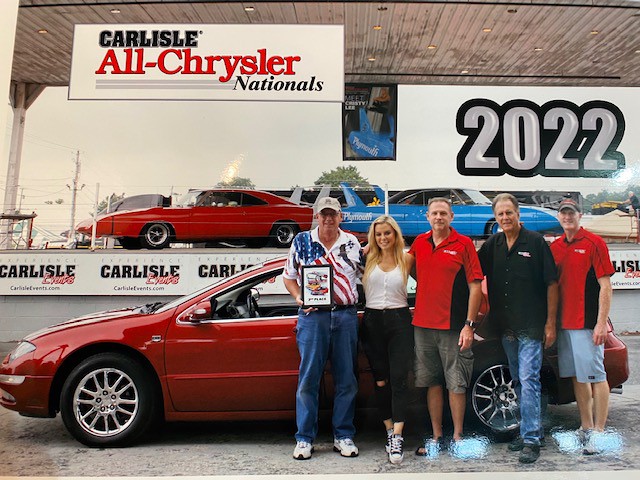 I could not take it any longer the way it was running so I decided to pull the coil packs off again and check for water in the spark plug tubes. Sure enough there was still a little bit of water in a few of them. I pulled out each spark plug and dried them off with a towel. They were wet and no matter how much compressed air I shot down there, they did not dry out. I also used a small bottle style brush to clean the metal tubes and then wrapped a paper towel around a screw driver to stick down there and wipe them clean and dry. I took the rubber boots off of the coil packs and noticed water had gotten up in there too. I shot some compressed air on those to get them dry.

I then cleaned the rubber boots and applied dielectric grease to all of the sealing points and installed them back on the coil packs. To make sure each metal spark plug tube was completely dry I used a heat gun for about 30 seconds before installing the spark plugs and coil packs back on.

Everything was completely dry now and the dielectric grease ensures a more air/water tight seal.

I started up the engine and it ran like a champ!

It's been a couple of days now and my M is running like new again. No more sputtering or rough idle. The gear shift seems to be a little easier to put into gear now as well. I'm still going to order a new cable though.

They don't have it. After you click on "Automatic Transaxle" then drill down to "Shift Control Cable" it comes up "No items were found in this category".
Paul

They don't have it. After you click on "Automatic Transaxle" then drill down to "Shift Control Cable" it comes up "No items were found in this category".

They have access to all parts. You need to input the exact part # and it will come up. I couldn't find the # with a quick search I am sure someone will post it soon

They don't have it. After you click on "Automatic Transaxle" then drill down to "Shift Control Cable" it comes up "No items were found in this category".

Odd, if you move the year up to 2002 or later it shows the cable. If I remember correctly, they improved the cable in later years (i could be wrong though). Perhaps they only sell a newer version, although you would think that it should still show the new part # on an older model listing, if this were the case. Anyhow, if a cable from a 2002-2004 will fit ( I am sure someone can confirm this), it is $37.00.

(2) The shifters on the later years are slightly different such that the cable design is different where it hooks to the shifter.

Also - I've urged people to always have your part number handy to plug into on-line dealer sites for what you just experienced: The drill downs aren't complete, and they are often organized/categorized strangely so that you have to try several paths in the drill down to finally hit the part you're looking for. The databases are 99+% complete for numbers you might want to plug in.