#377640  by dcsally97
February 6th, 2019, 4:45 pm
I know you can't really tell condition from these pictures, but I wanted to find out what the value is. The 300 SRT Design owner has bought new wheels and has been asking if I want to buy his factory wheels. Today he threw out a price of $150 for all 4. Is that fair or should I offer less? Not sure if I want to pull the trigger, but it is tempting. I know the tires will be expensive and the rims have some clear coat peel. Help please. #377649  by LUNAT1C
February 6th, 2019, 6:38 pm
I paid $900 for a set of four mint SRT Design wheels with cheapo chinese garbage 245/35/20 tires back in late 2009. I paid another $300 for a brand new one from the dealer when one was bent and a wheel repair place said it couldn't be repaired. I also pay that same shop $125 per wheel to refinish them every so often when they get damaged, on a case by case basis (did it last June after curbing one in Indy, and did one in 2013 after curbing it entering my old apartment complex).

Back in 09, minus the tires, that mint set would have been about $500 for just the wheels. I wouldn't hesitate to pay that much for them again, provided they're in great shape. If I had to refinish all four at the price my local guy charges, I'd be spending $500 just for that service.

If your local wheel shop charges the same and all four need to be refinished, you're looking at $650 for mint SRT Designs, plus sensors and tires. I just paid $1100 for a set of 245/45/20 (went up a size after bending two) Continental ExtremeContact Sport summer tires. That's on the expensive side for very good tires, cheaper Chinese brands might run $100 per tire.

$650 for mint condition (if the wheel shop is worth its salt, of course) OEM SRT Design wheels (full set!) I think is a good price. That's about $162.50 per wheel. Nice looking aftermarket wheels routinely go for well over that much.

If I wasn't already being threatened to get rid of things I don't need since we're hoping to move out of state soon, I'd consider picking them up at that $150 price myself to have spares. I'm already keeping an eye out for one good wheel to replace one that was botched in a previous crack repair.

Just some food for thought.

Tires will be the most expensive part.
Different people run differently sized tires (some upsize like Robert Knapp mentioned to help make the ride a little better), but the correct size for speedometer purposes is 245/35/20.
2017-2022 Club Vice President.

#377665  by LUNAT1C
February 7th, 2019, 10:37 am
If your roads are badly potholed like Michigan, I would step up to at least 245/40/20 for a better ride and to reduce changes of wheels getting bent/cracked. I haven't driven much in Ohio, but I know the highways are good, and the roads leading from I-75 to Raymond are great, while the local roads around Cleveland are beyond trashed. I bent one on a 6-lane boulevard in Michigan in a massive crater that opened up during a late winter thaw, but Michigan lawmakers love to ask us for road money while refusing to spend it on roads. Promise I'm not salty... I digress...

If the overall current condition of these wheels is OK for you, definitely jump on them before I ask you for his information!

Yes they are, you can see them on my car in my signature, and can also peruse my build thread and the ROY thread to see them.

#377801  by dcsally97
February 14th, 2019, 7:33 pm
They are in my possession now. Now the real work starts. My goal is to have them ready for Carlisle 2020. I already contacted a wheel restoration place and the quote is perfect. Just need to secure the funds to have the work done. I have plenty of time though. The clear is peeling on all 4 of them. Here are some pictures. 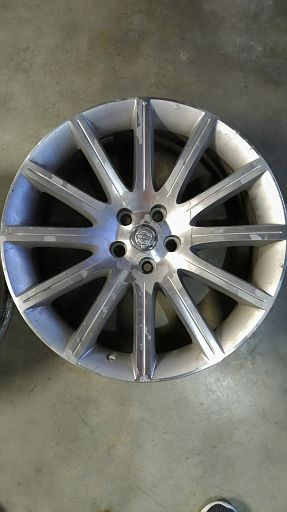 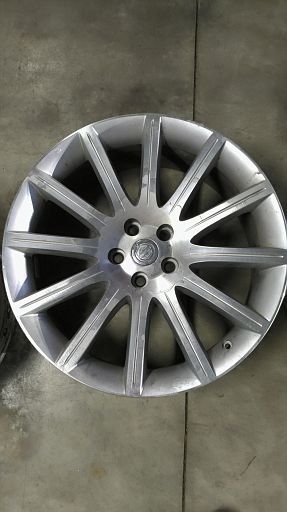