General Discussions about the 300M and other LHs

I love some of the Amsoil products. I use the Universal ATF and differential fluids in the 2004 and had previously done so in our 2000. And I'm strongly considering the change over on the Special too.

But could not justify the expense of their motor oils. Not for the great OCI runs I've had (supported with oil analysis) with more readily available synthetics and a much cheaper price. 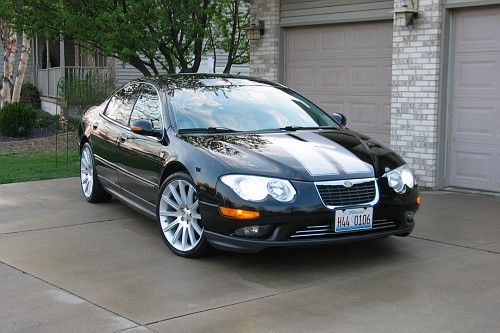 #220134  by LUNAT1C
March 18th, 2010, 1:52 pm
Cory, that's not what I was referring to. When synthetic first came out, it got a bad rap for engines that started to leak. In fact, it was so good at cleaning the engine that it cleaned deposits that were covering existing leaks in the seals. It doesn't create leaks, it uncovers existing ones, which are more likely to exist in engines with more mileage.

Bill Putney wrote:I wouldn't argue with much of those quotes, Cory. I never said it shrinks or swells seals that they seem to imply is what all the myths are about. Notice they *never* once mentioned detergent properties. Hmm - why is that? Is it possible that they are using strawman "myths" as a diversion? None of what they mention to counter the myths is what I warn about. We've had the discussion on that before, and I don't want to have it again (that's just a statement of fact - no emotion involved - we're speaking as friends).

Keep in mind when quoting companies defending use of their products that you can find statements by "reputable" manufacturers insisting that their product is an acceptable substitute for specific products (I'm thinking particularly of tranny fliuds and antifreezes here).

My beliefs on the subject are based on personal experience in the fairly recent past (with Mobil 1). People will choose who they want to believe, and I have no doubts that *many* people have made the switchover at high mileage with no problems. I equate that to deciding that you can run red lights without consequence because someone you know ran two red lights and did not have an accident or get a ticket. Not a perfect analogy, but just using it to support my point.

I will say that *IF* you know that you don't have more than light sludge in the engine, you're probably safe to do the change, but if that and the history of the engine, such as oil and filter change intervals, is an unknown, I would definitely say don't do it. If you have, not even small leaks, but just minor seepages, I would say definitely don't do it.

Not that this is relevant today - just some history - but when Mobil 1 first came out, they had a huge problem with getting their additive package right as far as seal shrink/swell. I jumped on the bandwagon when they first came out and immediately ended up with an engine with some oil leaks - wasn't fatal, but their product earned a big black eye during those days and, after tweaking it and getting it right, it took them years to overcome the bad publicity - I see they're still trying to counteract that "myth" (it wasn't a myth back then but would be today).

I should have read page two... I see Bill already covered what I was talking about earlier, lol.

I suspect modern engines with modern seals would be less susceptible to what you experienced, but the way I think about is, why chance it? I switched my 300 over with the first oil change. I felt safe doing that because it was at 65,000 miles and the dealer I bought it from had used a blend, with no issue. With a 5-6000 mile OCI, I have no oil loss, so I'm confident that my engine is relatively clean on the inside and free of leaks. If she was at, say, 100,000 miles on dino oil, then I would try out a blend and monitor the oil level for about 10-12,000 miles (with an OCI of maybe 4,000 miles) and if it checks out, switch to synth. Over 150,000 miles, I'd stick with whatever has been working well to that point. 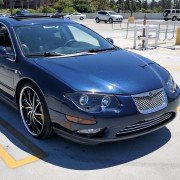