Anybody ever bought from Copart?

Discussion about price incentives and costs.

Anybody ever bought from Copart?

#341832  by InfernoRedM
January 24th, 2015, 10:29 am
I asked this question as a hijack in another post, and nobody replied. Could be that noone saw it, or that none of you have had any experience. I have been investigating Copart recently because I'm probably going to be buying a car for my soon-to-be-18 year old son. Believe it or not, he doesn't even have his license yet, but he graduates in June and will not be going to college. It's a long story ...

I want to pick up something very cheaply because it's likely the car/truck will be trashed by him because he has no focus and no concept of responsibility. Before you get too "judgy," my wife and I adopted this kid from the foster-care system about four years ago. That's part of the story.

So, my thought was to look only at vehicles with good titles. My son is taking auto body in tech school, so (if the car has any body damage) he may be able to do some of that work himself ... if only we had a garage to work in. Well, I guess my question is why would a vehicle be at Copart if it's not been totaled by an insurance company. My son would like a pick-up, and here are a couple of examples:

One says it is a donated vehicle, and I have seen a few of these. Does that mean the charity it was donated to sells it to Copart to liquidate, or would it be a consignment sort of thing? Anything that anyone could share about their or someone else's experience would be very helpful.

#341833  by 300maximilien
January 24th, 2015, 10:59 am
I have not made a purchase through Co-part, but I did extensive research. They sell them in at least two different ways. One is Members Onky with a certain license or membership (you can buy these using certain members credentials for a fee) and then general public sales.

non wrecked vehicles could have severe mechanical issues. So keep that in mind.

#341834  by InfernoRedM
January 24th, 2015, 11:11 am
Thanks Craig. I'm in that researching stage as well. If I am actually interested, it would be best to go and inspect it. I doubt you can assume very much even if it's labled "Run & Drive." I'm guessing you could get a real deal here, but I'm also thinking the risk is high! Prices sure are nice.

Did that sort of thing once in my younger days when we were in Vermont and needed a cheap 4WD. Bought a Subaru hatchback with a blown engine - running on three cylinders - for $500. Had the engine rebuilt for $500 and had some body work done and the car fully repainted for $500. For $1,500, had a new-ish 4WD with 69,000 miles. Not bad! 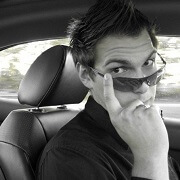 Fixed that for you.

#341887  by user97
January 25th, 2015, 12:13 pm
Basically charities do not sell vehicles themselves -- they can dumped at the auction. By definition, people donate things that aren't wanted -- either it is broken or it was sitting somewhere for a long time (deceased relative, etc) and folks just wanted it "removed".

Generally, buying at co-part is more expensive than trawling local Craigslist for a few months. Mind you, if you buy at co-part you are also paying "auction fee" of about $250, so that's an added expense.

Co-part is only interested in my opinion if you are looking for a newer vehicle and happen to live in a state where it is easy to put a salvage vehicle back on the road. Then there are definitely some vehicles there that would be relatively easy fixes (or in some cases can be effectively driven as is) provided that your state allows for an easy registration of salvage vehicles.

For older vehicles, like the ones you are looking at, local craigslist is a better deal. Just an example, I picked up two (2) '04 Chrysler Pacificas for $1300 ($650 a piece) of local craigslist without any body damage. Just mechanical issues. So that's my current project.

1. You live in a 3rd world country where cars are rare and outrageously expensive
2. You spotted a rare and expensive car and youwant parts out of it.

That is it. When you total up the costs (fee etc..) you end up over your head.You also bid worlwide against guys that are willing topay inside prices because it makes sense in their country.

I have gone that route and ended up never bying from them. Most time you have tobe a registered memberor pay a fee toone who will give you a temp registration tobid.
Some copart site allow you to bid direct. I did both but the car inspection I ordered showed a total disaster car for soemthing that lloks good on picts.

now of course Iam sure there are gem exceptions if you feel lucky...

#341892  by InfernoRedM
January 25th, 2015, 1:44 pm
Good comments, thanks. For the half-dozen or so Copart auctions I have watched, the prices were little more than scrap value. Maybe that's all the cars were, but I am only looking at vehicles with good titles. So, you don't have any of the title hassles, and you may get the car for scrap value. There is no fee to bid, but I'm sure there is the Copart fee to pay if you win. To bid, you just need to register (become a member), and you have to have 10% of your bid on file. They start you off with the ability to bid on up to a $1000 car without a deposit. The inspection fee would be another big thing, depending on how much it is ... especially if you walk away. If you do that a few times, you'll need to add those costs onto the car you actually end up with.

I think most of you are pretty much saying what I thought, but I think it would be hard to touch most of these prices anywhere. I really hate Craigslist for many of the same reasons. I have searched there several times, and when I finally chose a car to investigate, I couldn't get in touch with the owner. My guess is that it sold and they didn't bother removing the listing. A lot of effort for a dead end. I don't know why, but CL just seems like a gathering place for lowlife. Clearly, some of the news stories prove that out.

Like the one positive comment made about Copart, I'm sure there are deals to be had on CL. I just think there are a lot of hassles getting there. BTW, I had the same experience when I was looking for a lawn tractor on CL. Just hasn't proven to me to be a very good source.

Patrick - When you say "3rd party," are you talking about a private-party sale?

Thanks again. Any other thoughts? Anyone know of anyone with a good experience?

I guess copart maybe Ok to look if a site is in your local distance. I do have a site near by but they seldomly have cars I would be interested in.
The car I looked at started very very low. But once you watch the live auction it is unreal how high they may go. At least the one that seem worth anything.
Many guys going to bidding fight it seems as 2 or 3 guys duke it out from all over the world. It goes really fast. The $1000 is not enough in most case unless you look at the bottom end of the pile.

May be I was in at the wrong time and an after Xmas day sale would do better, I dont know.

I wished copart would remove the restriction to register with an approved bidder and let anyone bid upon having your CC on file. It would makes things cheaper and easier. Beside the copart fee, you may also have that approved bidder fee upon a win.

Maybe I don't understand what you are talking about with the "approved bidder" thing. I registered for free. I received an account and was automatically authorized to bid to $1,000 for free. If I want to bid to $5,000, I would need to add $400 to my account prior to bidding (10% of what you are bidding). From what I can tell, there is no requirement for me to work with anyone else.

The Boston Copart 300M I mentioned to Keith a week or so ago, went for under $400 with about 66,000 miles. It was a clean title and had no damage. As I said, this would be basically scrap value. Definitely could part it out and make more than that.

Guess I'll keep looking at all options to see how I can get the best deal. I'm pretty iffy on Copart at the moment, but I'd sure like to hear if anyone knows of someone having a good experience.