#51128  by Electrofied
March 17th, 2004, 2:31 pm
I recently contracted Joe to build one of his customn intakes for my 1999 300M.I received the package te other day and was delighted to see the professional craftsmanship of the components.My 300M is dark charcoal with the baige interior. I am slowly accenting it in red... So the intake was ordered in red as well.The instructions were very clear... It took no more than 5 minutes to rip out, and I mean rip out, the stock intake system.2 minutes to attach the stock J-bend to the first section of the JoeKD intake, and about 3 minutes to seat the J-bend onto the throttle body and clamp it down.10 minutes later I had the heat shield in place, the breather hose or whatever its called attached to the second intake section, and the air filter itself installed.If it wasn;t for the phone call, two cups of coffee, and the fact I actually read the instructions I would have been done under an hour.After I checked all the clamps and fittings once more I started the car up... Good gravy, you could hear the air being sucked into the filter from 5 feet back!I closed the hood and drove the car around until the engine was warm... Even at this point you could hear the difference in the exhaust tone.Once the temp gauge was at the mark... I found a red light with a clear street and no cops and launched my M... Of course I took traction control off... LOLThe wheel spun, screeched, smoked for 20 feet or so and the car launched quite a bit harder than it usually does. I ran the tach to 1000 under redline and shifted into second... about half way throuh second or so the car hit its powerband and accelerated even harder... The deep tone of the exhaust was loud and welcome through my open window.Next thing I new I was in third at 90mph... time to slow down...Afterwards, I drove back home, showered, and then drove to work. I have about a 30 minute to 2 hour commute time between Seattle and Redmond pursuant to traffic.I hit the Lake City onramp at a crawl and slowly made my way across the lake to 405 northbound.As soon as I got on the overpass that would drop me on 405, I dropped the M into 2nd, mashed the pedal to the pavement and rocketed onto 405 in 3rd around... well let's just say it was faster than the posted speed limit.Even in full auto mode, the car is much more responsive... I was expecting a difference, but not that much of a difference.My car, or the model 300M I have from 1999 is rated at 253Bhp... I have no idea what hte intake increased that to... but it feels significant.The bottom line here is that JoeKD makes a quality product that looks as great as it performs.The install I would rate from 1-10 1 being most difficult and 10 being the easiest, as 10.The finish and materials is a solid 10 as well as the service and communication from Joe.If there is one perfromance mod you do to you 300M make it this one. It has the best bang for the buck.Currently I have--17" Einki (SP) spider rims-Yokohama tires-Shaved the letters off the sides and trunk-JoeKD Intake System-Tinted Windows-Piaa driving lights custom mounted on lower intake area-Dual 10" woofers in the trunkLater I will be adding--Custom aluminum shift knob-Leather race style seats in the front-Aluminum interior trim-Red accent interior trim (speaker covers, interior lights)-Red and aluminum race pedals-New restraint system for all seats (In red)-Re-tint the windows with that new film using a red hue.-Replace stock springs with stiffer springs-Possibly a hood scoopThank you Joe,Electrofied

#51129  by JoeKD
March 17th, 2004, 5:43 pm
wow, all I can say is wowThat is one of the best write ups I have ever seen for my intakesThanks for sharing the information to let others know what to expect from the intakesJoe

#51130  by EasyRider300M
March 17th, 2004, 8:55 pm
Electrofied: How much did Joe discount your intake for you to write that advertisement? (just kidding). Now when Joe wants to advertise in a car magazine, he can use your writeup to show feedback from a satisfied customer. How loud did it sound from the driver's seat with the window rolled up?I wonder if Joe's intake that uses the stock airbox with K&N drop in filter would perform as well as the cone type? Joe: how loud is your intake that uses the stock airbox and K&N filter? Is it as loud as the open cone filter? I most likely will be ordering one soon for my 2000 silver M.

#51134  by JoeKD
March 28th, 2004, 7:56 am
sure, here's the prices for the different 300M kits$200.00 - full J-intake kit with aluminum heatsheild and K&N cone filter$185.00 - Airbox style J-intake kit with new K&N drop-in filter$160.00 - Airbox style J-intake kit, no filter includedIncluded are full instructions covering removal of your OEM intake and install of mine, all necessary clamps and a 300M decal in black or silver.I ship UPS and charge actual shipping rates (about $12 anywhere in the US)I can also supply the J-bend ported throttle body connector at no additional charge but do require a $50.00 core charge which is refunded when your OEM bend is returned to me. Demand has dropped off on these considerably and if you decided to not go with the bend I do include the necessary clamps and instructions on reusing your OEM bend Here's my website for more pictures and info <!--EZCODE AUTOLINK START--><a href="http://members.cox.net/j-intakes/">memb ... <!--EZCODE AUTOLINK END-->ThanksJoe

#51136  by Electrofied
March 29th, 2004, 2:00 pm
I think the "quieter" issue is much too over stated in these forums... With a full intake mod the car is not really louder... it simply changes the tone of the exhaust...Mine for instance became deeper and more pronounced. The only time when it got a little louder is when I mashed the accelerator and wrapped the RPM's up in the sixes...If you are going to spend the money on an intake system, do not skimp... go for the full package.E 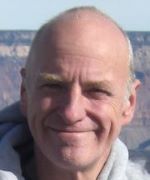